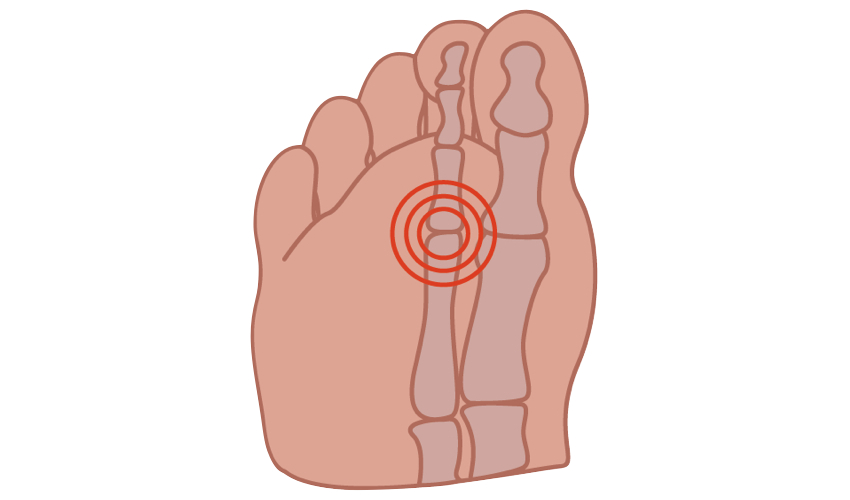 When people think of capsulitis, they tend to think of shoulders and hips but the feet are prone to there fair share of capsulitis too.

So what is capsulitis?

Well simply speaking it is inflammation of the joint capsule. Ligaments around
joints and help form a capsule. Joint capsules help your joints to function properly the
ligaments hold them together. It is these that get inflamed. This can lead to toe dislocation
if it not treated appropriately. In fact, capsulitis is sometimes known as predislocation
syndrome. Capsulitis is a condition that can manifest in people of any age.

Although any joint in the foot can be subject to capsulatus the 2nd toe joint, under the ball
of the foot is most frequently affected and the metatarsals in general are the joints most
frequently troubled by capsulitis.

Causes vary but increased pressure particularly if the 2nd toe is the longest will cause more
pressure on that metatarsal head. Other causes include large bunions which can also be
prone to capsulitis themselves or by putting more pressure on the adjacent second
metatarsal lead to problems there. An unstable arch of the foot and footwear which may
include high heels, narrow toe box or toe spring which is an elevated toe box common in
many shoes also predispose to this problem. Tight posterior muscle groups and tight or
unbalanced tendons in the foot may further exacerbate the situation. The problem is also
common in runners and sports men and women.

Symptoms, pain is always a feature and other symptoms may include redness, callous over
the area, increased space between toes, the feeling of walking on a stone and swelling
around the area.

Treatment is directed at the causes, and may include rest and reducing weight bearing
activities, padding, stretching. Insoles are often helpful to deflect the pressure/control the
foot.

Often a cutaway is used to reduce pressure under the area. Icing the area and laser is
very helpful to reduce the inflammation in combination with padding strapping and or
insoles or orthotics.

Want to join the discussion?
Feel free to contribute!